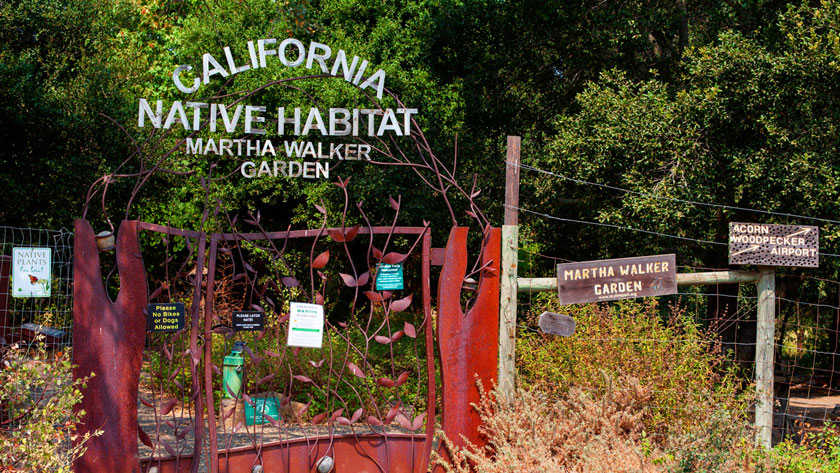 Martha Walker, originally from the Bay Area, Marin County, moved with her husband and four children to Napa in the early 1940’s. She had a natural love for the seasonal changes and the wonders of nature, which likely came from her mother. The latter’s botanical garden in Mill Valley was well known. Martha’s horticultural friends from that time visited here often after her move to Napa.

Throughout the years, Martha’s micro-gardening style evolved naturally. Her children describe the garden as a “free-form and least-disturbed layout.” A more traditional plan was applied when planting and tending their food gardens, especially the Victory Garden during the years of WWII. Shortly after moving to the valley, Martha shared her outgoing nature and wisdom with the public through her KVON radio talk show and her gardening column in the Napa Register, “Let’s Go Into the Garden”, which was intended to show the pleasures to be found in natural, self-designed gardening pursuits. Combining this with her weekly class taught at Napa College, “Adventures in Gardening,” anyone with the slightest interest in seeing things grow would soon be “out there” creating his or her own garden.

Martha helped found the Napa Valley Chapter of the California Native Plant Society (CNPS) and encouraged the Napa Valley Naturalists. She was an active member of the Sierra Club and was a member of the Napa-Solano Audubon Chapter, when it formed in 1971. She led numerous field trips and was a frequent speaker for her causes and an adamant advocate for senior citizens. She also helped drive the Napa library Bookmobile. Her expanded interests included growing native plants for natural dyes for her weaving. She enjoyed the magic of the Recorder instrument. A culinary library came alive with her use, and was enhanced by her extensive herb garden. Calligraphy supplies were always on her work table.

Of utmost importance was her passion for Esperanto, her second language, which she learned by mail in just one year! Martha continued improving her knowledge and skill of Esperanto by attending summer courses and conventions throughout the world, thus promoting its appeal. She believed it to be an international language that would carry on beyond translated differences and help the world reach a common understanding and peaceful co-existence. To further those beliefs, she taught classes in Esperanto at Napa College.

As a memorial to Martha Walker, the Martha Walker Native Habitat Garden in Skyline Park invites visitors to enjoy a unique presentation of flora from all over the State. This 2.5 acre site was constructed to accommodate school groups, garden and hiking clubs and the casual visitor. Here, our native plants are assembled within a garden plan that is not only pleasing to the eye, but also favorable to the plants. Ongoing propagation of native plants from seed and cuttings is conducted at the adjacent Growing Grounds, and the relationship between this propagation center and the garden is an important part of the garden plan. The garden area is directly north of the Skyline Park Social Hall. It is reached along surfaced paths that are easily accessible to any park visitor. A handicapped parking area is right next to the garden gates, so wheelchair users can roll directly onto the garden paths.

The Garden is designed to emphasize plants found growing within the 850 acres of the park, as well as plants representative of Napa and adjacent counties. Some are gathered from the Sierra, Tehachapi, Santa Lucia and other ranges around the state. The garden is located in the Oak Woodland and Foothill Riparian communities. Nearly 200 species of native flora have been established in 3 groups: (1) Southern and Central Coastal Scrub Community, (2) Northern and Central Scrub Community, (3) North Coastal Coniferous and Redwood Forest Plant Community. Many of the plants are labeled with their botanical and common name, making them easier for visitors to identify.

As the garden project progressed, certain locations were noted as deserving extra attention, to enjoy the view, the flowers or the wild bird activity.

The Napa-Solano Audubon Society members donated fruit trees and other shrubs to attract the birds. As a result, bird nesting activities have been observed throughout the garden. Benches have been placed along the paths to provide some great bird watching! A garden shade-education center was constructed to provide a bird-blind from which the birds can be watched feeding, bathing and generally carrying on their lives, undisturbed by traffic and other hazards. Come visit this truly unique Napa garden! As a place for inspiration and learning, it is one of the few places in Napa where you can view so many native plants and come face to face with the wonderful wildlife that these plants attract. 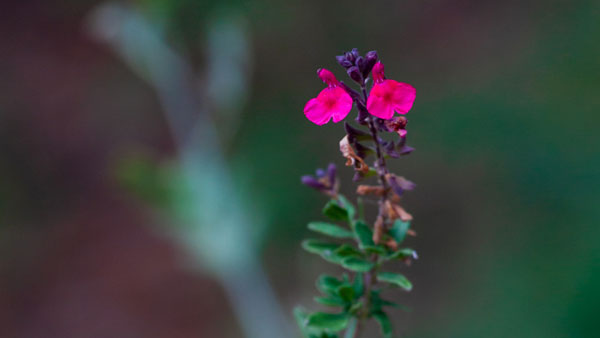 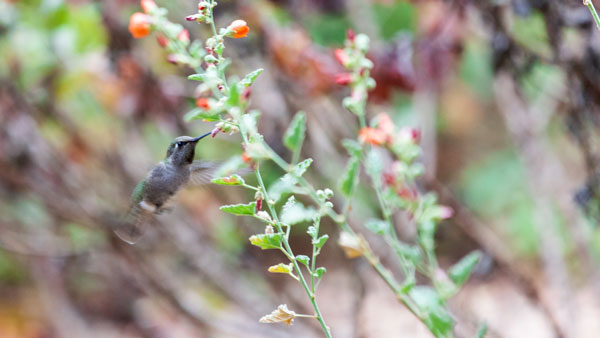 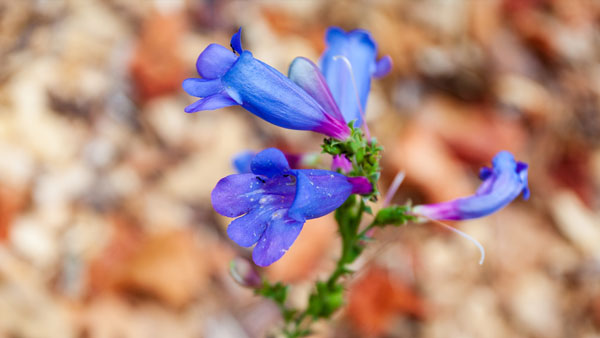 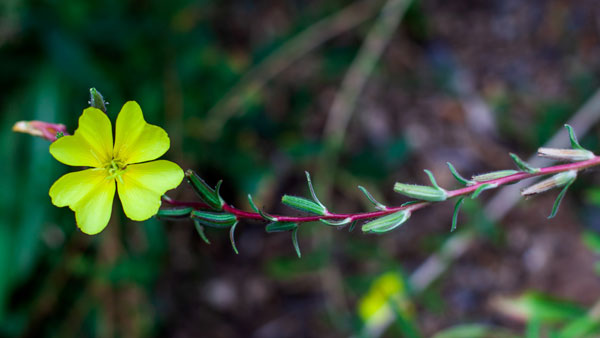 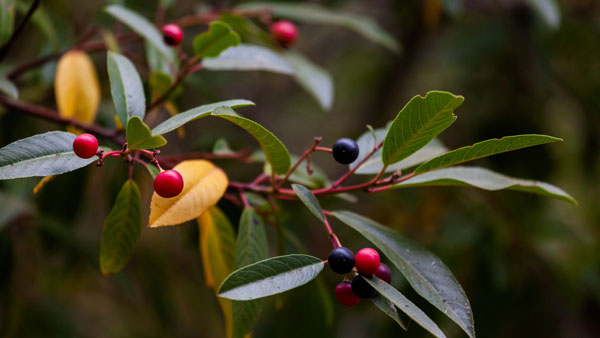